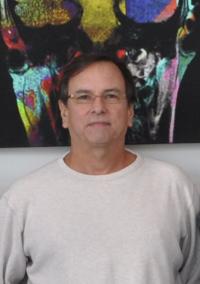 Dr. Holmgren received his B.S in 1985 from Universidad Autonoma Metropolitana, Unidad Xochimilco, Ciudad de Mexico. In 1994 he received his Ph.D. in Physiology and Biophysics from Finch University of Health Sciences within the Chicago Medical School, working on the sodium/potassium ATPase with Robert Rakowski. Dr. Holmgren went on to do postdoctoral training with Gary Yellen at Harvard Medical School where he studied the gating mechanisms of voltage-activated potassium channels. He joined the NINDS as an Investigator in 2001. Dr. Holmgren's laboratory is exploring the structure and biophysics of various ion channels and transporters.

Neurons contain a variety of membrane proteins responsible for the continuous traffic of ions and molecules across the cell membrane. Our main goal is to understand how ions are transported through some of these proteins. We are presently interested in ion channels and the sodium/potassium ATPase; the former moving ions at rates near diffusion, while the latter at rates of about 100 per sec. For both types of proteins, we are asking similar questions. How do ions access their pathway? Which regions of the proteins form the permeation pathways that allow ions to move across the membrane? How does the protein regulate the traffic of ions? What are the interactions of molecules like blockers and toxins with these proteins? We attempt to answer these types of questions by combining molecular biology, chemical modification and electrophysiological techniques.

Recently, we have become increasingly interested in understanding how RNA editing alters the function of membrane proteins. RNA editing is a post-transcriptional modification believed to be a major mechanism in acclimatization and/or adaptation. An enzyme converts adenosine into inosine, which is interpreted as guanosine by the cellular machinery. This conversion provides a vast mutagenic repertoire by which critical positions in a protein can be altered. Although, a growing number of mRNA substrates have been shown to be edited, very little is known about the functional consequences of these modifications. We are taking advantage of the apparent high levels of editing in squid to examine RNA editing in a variety of membrane proteins including ion channels and transporters. Studying the regulation of membrane proteins by RNA editing will reveal how nature functionally tunes these proteins, and guide our questions on the structure and function of these important cellular machines.