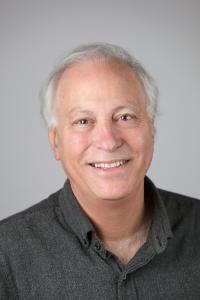 Dr. Jacobson received his B.A. from Temple University and his Ph.D. from the Rennselear Polytechnic Institute where he earned his degree in Virology. The focus of his research was on persistent virus infections. In 1981, Dr. Jacobson joined the Neuroimmunology Branch as a postdoctoral research fellow in immunology as a National Multiple Sclerosis Society Fellow. In 1993, he received tenure and formed the Viral Immunology Section to study the role of human viruses in the pathogenesis of chronic progressive neurologic disease. Dr. Jacobson's laboratory is studying virological, immunological, and molecular mechanisms associated with the human T lymphotropic virus type-I associated myelopathy/tropical spastic paraparesis and the association of virus in multiple sclerosis.

Human T lymphotropic virus type I (HTLV-I) is associated with a chronic progressive neurological disorder known as HTLV-I-associated myelopathy/tropical spastic paraparesis (HAM/TSP), a disease clinically similar to the chronic progressive form of multiple sclerosis (MS). Other viruses such as human herpes virus type 6 (HHV-6) have been associated with MS. An understanding of the pathogenesis of a neurologic disease with a known viral etiology will aid in defining similar mechanisms of pathogenesis in MS, a disease of unknown etiology.

Areas of research addressing these neurovirological and neuroimmunological issues include: