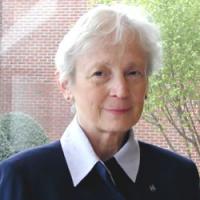 Dr. Nelson received her M.D. from the University of Chicago and trained in Neurology at the University of Maryland, George Washington University, and the National Hospital, Queen Square, UK. After experience in the practice of academic child neurology at the Children's Hospital of Washington, DC, she joined the NINDS to participate in analysis of a large multicenter study (the Collaborative Perinatal Project).  With Dr. Jonas Ellenberg she published on the antecedents and natural history of epilepsy, febrile seizures, and cerebral palsy, and participated in conducting a randomized trial in febrile seizures. The result has been a change in management of FSz nationally and worldwide. With Dr. Judith Grether, Dr.Nelson worked on a large population-based study of CP in 3 northern Caiifornia counties.

One product was an observational study of MgS04 administration and CP risk in very preterm infants that was an impetus to randomized clinical trials that have established MgS04 as a safe and effective intervention, decreasing risk of CP in preterm infants.  Recently she has been involved, with young investigators at Children's National Medical Center, in the study of use of computed tomography in young children, of experience of seizures and encephalopathy in the National Vaccine Injury Compensation Program, and in the role of the placenta in perinatal brain injury.

Dr. Nelson has examined evidence from the Vermont-Oxford Neonatal Encephalopathy Registry and, with Dr. Eve Blair, is involved in analysis of data from a population-based CP registry in Western Australian. A current focus of research is the association of, and mechanisms relating, aberrant fetal growth with abnormal neurologic outcome.  Dr. Nelson's research was recognized by the two major awards of the Child Neurology Society—the Hower Award and the Bernard Sachs Award-- and by the Distinguished Basic Neuroscientist Epilepsy Research Award of the American Epilepsy Society and Milken Family Medical Foundation.

The etiology of, and strategies for prevention of, major developmental disabilities.