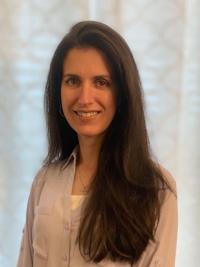 Jenn Delawder joined the OSD in 2020 and has worked at NIH for over 21 years.  After graduating from Shepherd College, she began her journey at NCI as a Secretary in the intramural program where she quickly moved up the ranks. She was later promoted to a Program Specialist and then became an Administrative Officer (AO) at the NCI Basic Research Administrative Resource Center.  After leaving NCI, she was reassigned to NCATS as an AO where she worked for a few years.  She eventually moved on to an extramural AO opportunity leaving NCATS to try something new at NEI.  Jenn  worked at NEI for several years before accepting the new position with NINDS. In her role at NINDS, Jenn will focus on HR actions, recruitments and promotions.