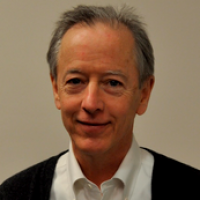 Dr. Youle received an A.B. degree from Albion College and his Ph.D. degree from the University of South Carolina where he worked on the protein toxin ricin. He joined the lab of David Neville at the National Institute of Mental Health for postdoctoral work on engineering new cell-type-specific protein toxins. He joined the Surgical Neurology Branch of NINDS in 1985 as a principal investigator where he has developed and moved into clinical trials new treatment strategies for brain tumors. His lab subsequently explored the molecular mechanisms of programmed cell death showing how Bcl-2 family members participate with mitochondria to control cell survival. Most recently his lab has discovered functions and interrelationships among proteins mutated in familial Parkinson’s disease. His current work focuses on molecular mechanisms of autophagy, mitochondrial quality control and neurodegenerative disorders.

Programmed cell death. Neurons are programmed to die in great numbers during normal human development and aberrantly die by apoptosis in several neurodegenerative disorders. We are exploring the molecular mechanism of apoptosis concentrating on the roles of mitochondria and the Bcl-2 family of proteins. We have found that Bcl-xL and Bax move from the cytosol compartment to the mitochondria during apoptosis and that this step critically commits cells to the death pathway. Two major aspects of this process are under investigation; the molecular trigger for Bax migration into mitochondria and the consequences of Bax insertion into mitochondria. Live cell imaging of mitochondria and Bcl-2 family members analyzed by confocal microscopy has been instrumental in recent studies that link mitochondrial division processes to Bax mediated apoptosis. Unexpectedly, Bcl-2 family proteins have been found to regulate mitochondrial morphogenesis in healthy cells leading us to actively study the roles of mitochondrial fission and fusion especially in relation to neurodegenerative diseases.

Mitochondrial Quality Control. Mitochondria rapidly divide and fuse to form a dynamic network in cells. This process is essential for organelle quality control as evidenced by human neurodegenerative diseases caused by mutations in the genes of two large GTPases that mediate these processes. We have identified a series of E3 ligases on the outer mitochondrial membrane and are exploring how they control mitochondrial morphogenesis, protein turnover, and apoptosis.