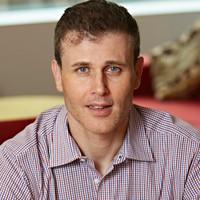 James Bourne completed his undergraduate degree at Imperial College of Science Technology and Medicine, London and his PhD in Neuropharmacology at King’s College, London, before moving to Australia to undertake a Postdoctoral position. Receiving an ARC Australian Postdoctoral Fellowship in 2003 and then an NHMRC RD Wright (CDA II) in 2007, for which he received an NHMRC Achievement Award for the “top-ranked CDA Fellowship (Level 2) application in the country”, James ran his own group in the Australian Regenerative Medicine Institute, Monash University, prior to joining NIMH in May 2022.  Under NIMH, James is the Chief of the Section on Cellular and Cognitive Neurodevelopment. He has published over 50 original articles, many in leading journals in the field, and currently serves on the editorial board of five journals. He is a recognized international leader and collaborator in the neuroscience community.

Current treatments for brain injury ignore the potential of the brain to repair itself. They focus instead on rehabilitation of the patient once the brain has been damaged. However, Dr James Bourne's research suggests it may be possible to kick-start the brain's regenerative capacity following an injury.

Dr. Bourne is leading a research team searching for clues within the developing and adult primate brain for mechanisms that stimulate brain repair. 'Too many people have been focusing on the end point - I believe we can actually switch on regeneration through looking at what is happening during development,' - Dr. Bourne.

Car accidents are the most common cause of brain injury.  Add strokes and workplace accidents to this and the cost of brain injury is significant. Dr. Bourne believes that neural regenerative medicine could significantly reduce both the financial and emotional burden of brain injuries. When the brain matures, many of the proteins involved in development are switched off.

Dr. Bourne and his team are focusing on which proteins and other factors can be switched back on to help rebuild the brain in adulthood. Neonatal brains recover from trauma much better than mature brains because of their plasticity. Dr. Bourne believes these 'plastic' brains contain important molecules that guide cells to correct themselves. Directing cells from areas of the brain that produce cells into the damaged areas could reverse the effects of injury. 'We can take a chunk of brain and culture from these neural progenitors cells (junior cells) and place them back into the brain,' - Dr. Bourne. 'The neural progenitors are precursor cells and can go down any lineages. We place these cells back in the brain and can show whether they reintegrate and became part of a functional circuit' - Dr. Bourne.

The chemicals that cells use to send signals to other parts of the brain are toxic when released in large amounts. When damaged, these chemicals cause death and degeneration of the surrounding tissue. Other cells cause scarring when damaged, acting like a brick wall and preventing the brain from rewiring. 'We haven't shown full regeneration yet - that is the next big thing - but we have demonstrated we can prevent scarring,' he says. The technique of replacing cells and molecules could be used on humans within the next five years - Dr. Bourne.